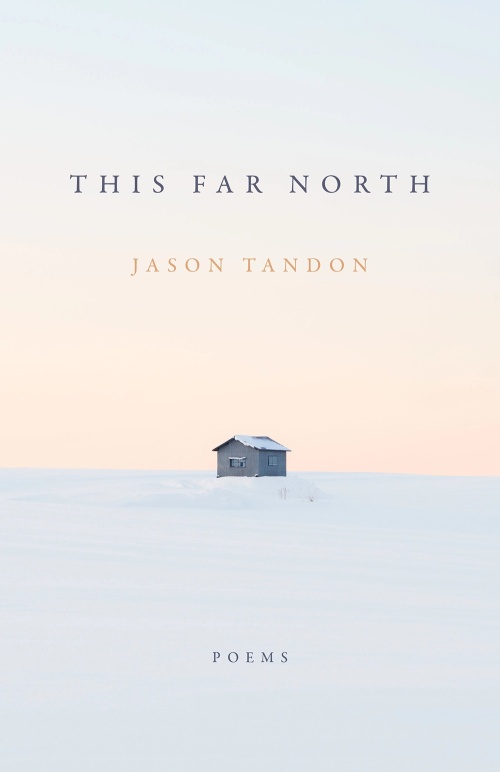 Here is spiritual clarity and acute observation fused with the enigmatic, eclectic, and occasionally surreal. The poems in the The Actual World are deeply felt, sometimes funny, often wise, and always capable of reminding us that, as Oscar Wilde said, ‘the true mystery of the world is the visible.’

Together the short lyrics of Jason Tandon’s The Actual World intone an aching, celebratory song of the everyday. The fabric of the poems—of rocks and tonics and bathroom tiles, frogspawn, eyelashes, pots of sage—is shot through with strands of dream and loss and imagination that illuminate and intensify everything around them. A meditative and stirring collection.

In poem after poem, Jason Tandon discovers just how mysteriously connected unlike things can become in their transport from the literal to the figurative. These quotidian reports resonate as lyrical meditations on the ironic dramas of daily life in a poetic calculus of luminous details, hard facts, compassionate witness, and original conceits. Clearly, Tandon has disciplined himself to write as he lives and live as he writes.

Jason Tandon’s strong lines are at home in the senses, but also keyed to reflective solitude. His pacing is deft and catches the “double-take” surprise of the important moments.

If you’d like to know how to hold the wide world in your heart, this book is a beginning. Jason Tandon does not offer broad brushstrokes to explain our days, but sharply cut lyrics. I love his sensibility. I love his spirit.

In lyrical, sparse words Jason Tandon writes of everyday moments … drawing the reader into familiar scenes that can reveal unexplored depths to our humanness …. His poems are at once meditative and sensual and intensify how we look at the world around us, illuminating our deepest connections to people and events in our lives.

“Having Forgotten to Put Out Fresh Towels, I Run Naked and Wet to the Bedroom” in AGNI Online

“I Looked Up to See” in AGNI Online

“Moon Poem” in The Laurel Review

“The Engine Has Stalled” in The Laurel Review

The poems in Jason Tandon’s Quality of Life meditate on loss, love, the complexities of memory, the way, perhaps, snowdrifts seen from the road recall a sheet covering the body of an old friend lost at sea. They speak of our need to hold onto moments of clarity, epiphany, or self-knowledge even as they slip past us. These poems, so many of which exist in the sphere of the familiar … are acutely observed, thoughtful, occasionally whimsical, and composed with elegance, fine music, and grace. Quality of Life is a delight.

On the evidence of these terrific poems, Jason Tandon wants a little peace and quiet, but must have suspected from the get-go that it’d be a long-time coming, if ever. That’s okay—in the meantime, he’s keeping himself (and us) entertained (and instructed) with his tart, funny, sorrowful renderings of life as it’s lived all over our perishable republic. Reading this wise book made me feel as if my breathing space had expanded in many basic if mysterious ways—it will enrich your oxygen too.

In Quality of Life, Tandon carves a space for the essential unknowability of moments, an unknowability that extends to the past and continues to unsettle the things we did, who we were. This book is a helpful journey to where we find ourselves, and what we have to show for it, our place in this world, this “one big ravine” that doesn’t revolve around us.  These poems are a friendly, human reminder of how we drink and dream, making up the sense of it all.

Tandon’s gift then is to know there is a time for laughter, a time for tears, and sometimes a time just to work and sweat through the pain, to our common blessing, which is also our common curse.  Somehow that curse loses much of its power to overwhelm, once we have turned all the pages in [his] masterful Quality of Life.

Tandon’s poems are strangely delightful…sometimes quiet, sometimes self-deprecating, but never self-indulgent…. [His] restraint and deft writing explore the seeming opposites of violence and calm in life’s passions…. His lyrical style is highly imagistic and [emotionally honest].

—Prick of the Spindle

“Perigee” in the DMQ Review

“Your Voice” in New Delta Review

“On Turning Thirty-Four” in Gulf Stream

Give over the Heckler and Everyone Gets Hurt

Tandon’s keen eye and idiosyncratic ear—he picks up the shards of language and refashions them, making new wholes from fragments of everyday speech—combine to create a poetry with its own quiet urgency.  There is a music in these poems that plays beautifully from poem to poem, as the language in subtle ways probes the underlying beauties of casual syntax. I look forward to Tandon’s future work with considerable anticipation, although glad to have what he has given us already

Jason Tandon is loyal to one of the poet’s primary obligations:  to make us see the world fresh, as if for the first time.  The life his poems record is the quotidian one we recognize of dogs, donuts, cigarettes, traffic jams, short order cooks, and “whatever animal is scratching inside [the] air conditioner.”  That nameless animal is a compelling emblem of a truth these poems reveal over and over:  that the closer we look at the world, the more unknowable and troubling it is—and beautiful.

In this book you can find the fingerprints of the trickster, the pilgrim, the lover, the philosopher. I urge you to buy it. You’ll be reading it for years.

Each of Tandon’s poems lure you in with a careful bemusement, then deliver a quivering ache that’ll follow you around all day—an ‘I’m-happy-to-be-alive’ ache, an ‘I’m-glad-writing-like -this-exists’ ache.

Jason Tandon is the Heckler, the patron saint of diners, bowling alleys and the American garden gnome—a reliable witness in an unreliable world … Tandon delivers a casual grace, striking at sincerity through irony and wonder … [His] poems glow the way wood glows at night—darkly—in tragicomic relief from the calculated violence that makes empire possible.

[Tandon] provides a dry, witty analysis of the world. Entertaining and insightful, Give Over the Heckler and Everyone Gets Hurt is a fine addition to any library poetry collection.

Reading Tandon’s poetry is like pushing through the twelve hours of an all-night Relay for Life. At 9:00 PM the white paper bags decorated to honor fighters and victims of cancer are lit up from the inside by candles and make you cry. At 6:00 AM, tired and drained, you laugh to see those special luminaries lining the track crumpled up and thrown away.

A tour of mar­gins: South San Ysidro, New Mexico; Lamb’s Grove, Iowa; Moosalamoo, Vermont; north of Albert Lea, Minnesota … What begins as a col­lec­tion of Americana quirk slowly bleeds into a col­lec­tion of failed lives, both doc­u­mented with equal rev­er­ence and skep­ti­cism. Once the humor goes, well, like the title says.

Give over the Heckler and Everyone Gets Hurt walks that often hard to fine line between personal and accessible poetry … dig[ging] into aspects of American life that are both humorous and melancholic. In his discrete wit, Jason Tandon is suggestive of an edgier Billy Collins … readers should expect great things from this young poet in the future.

“For Our Anniversary” on NPR’s The Writer’s Almanac

Tandon’s poems hover upon the knife-edge of a sort of hypnagogic realism, where the world to one side appears as the daily world of stories and objects, but the gaze is turned a bit to the other side, revealing the world’s disquieting, true nature … It’s a persuasive view, this other side, into which there is, at all moments, the possibility we might disappear.

Wee Hour Martyrdom presents the reader with a delightfully imaginative re-imagining of the everyday in language that is straightforward yet reveals such wonderful images that one cannot help but read the poems over and over, gaining a new perspective each time.

Jason Tandon displays the rare talent of being able to weave his own history into many other histories while displaying a staggering command of language and music. His lines have a spark that constantly fires … The word you didn’t expect always appears, but it’s always the right word. His work is lively and deserves to be read, and I hope many new readers discover him in this excellent book.

So you can’t judge a book by its cover, but this attractive and comfortably held collection is as clean and as crisp as the poetry it holds inside. The poems are imaginative and artfully crafted with vivid imagery that we should see beyond the realm of realism if we were to simply turn an object slightly askew.

Wee Hour Martyrdom is a showcase of accessible poetry. Yet the writing is also perceptive, reflective, and profound in the dignity it extends to the banal routines of existence. This is a collection I recommend to non-poetry readers who maintain their distance from the genre, whether due to a fear of ambiguity in meaning or disinterest in the elusive language of poetry—a language that seems always to snake away from hesitant eyes. Tandon’s articulation, even in the dreamlike worlds he crafts, is available and inviting, a device that feels simultaneously epiphanic and familiar.

—Prick of the Spindle

This is a book about everyday life, and how painful or pleasant it can be. [Tandon] has the ability to observe situations and paint such vivid pictures no matter how small or meaningless the situation may be.

—What to Wear During an Orange Alert?

Chekhov said his writing goal was to “talk briefly about big things”… [Tandon’s] poems are short, spaces on the pages loom large, and his words are everyday words. But look again. He writes of ordinary lives, seeks to make conscious the unconscious … [and] challenges us to think about people and places in a different light, with a renewed attitude.

Wee Hour Martyrdom drives the reader into the mystery of being … you will dive into this book and come out assured by its refreshing, clean nakedness.

“Swagger” and “Back at West Dover” in the Adirondack Review

“A World of Rights and Wrongs” on Verse Daily